Mark Ruffalo is the New Hulk 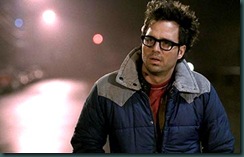 I don’t know what to think about this one.

Many of you might remember me reporting a few of weeks ago, that Marvel had decided to drop Edward Norton as the Hulk due to his less than co-operative nature. Well over the weekend it was announced that Mark Ruffalo will be replacing Edward as Bruce Banner, but I’m just not sure what to make of this.

Mark Ruffalo isn’t exactly a lead actor. He probably could be a lead, but everything I’ve seen him in had him in a supporting role. So does this mean that there will be no more Hulk films? There doesn’t seem to be any news to confirm this, either way.

Whatever the case, I guess we’re going to have to wait to see what happens. Personally, I would love to see another Hulk film, but I have doubts that it will happen.

Posted by Chris Everything at 10:23 AM