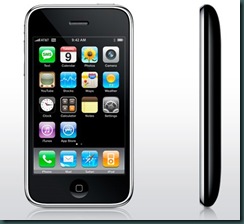 If that wasn’t bad enough, the new security software will be able to detect if the phone is jail broken. Now I find this to be a little interesting given the timing of this new security software. Recently, it was declared to be legal to jail break your iPhone, while previously Apple threatened those who jail broke their iPhone’s with legal action, as they said it violated the DMCA copy right laws. Could Apple be using this new “security software” to prevent people from jail breaking their iPhones? The truth is we can’t be certain.

What do you think?