Do We Need Another Indy? 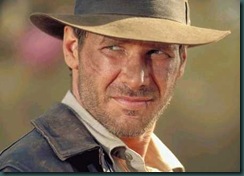 Last weekend, IGN put up an article questioning if we need another Indiana Jones film? I happen to think so, but I do have to agree with this line of questioning. Let me explain.

As the post points out, the last Indian Jones wasn’t exactly the greatest of the series. In many ways the film did not live up to the Indy name. Sure as an action film it was ok, but given the high standard set by the original Indy films, Indian Jones: Kingdom of the Crystal Skull fell short of the series expectations. And so it’s reasonable for anyone to ask if it’s a wise idea for Spielberg and Lucas to continue making Indy films if they don’t live up to the originals.

Certainly, George Lucas and Spielberg do have the right to make Indy films, I just wonder if it would be a better idea to do a reboot and reinvent the character. By doing a reboot the fans that grow up with Indy can have their series of films and the new generation can have their own series of Indy films.

But I must admit that I would love to see another “good” Indy film. What about you?

Posted by Chris Everything at 11:20 AM