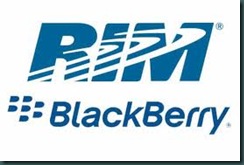 Do you like using your BlackBerry? Do you like how it pushes out your e-mails and messages to your phone? If you do, don’t travel to the UAE or you may be a bit unhappy.

Engadget is reporting that United Arab Emirates’ Telco overseers have decided to ban RIM services. That’s right, no one in the UAE will be able to browse the internet, send messages or e-mail on their Blackberry devices effective as of this October. And for those of you that like BBM, it will be banned as of the end of this month.

By now you’re probably asking yourself why the UAE has decided to take this step. Well its actually quite simple. The UAE currently can’t monitor their customers activates on a Blackberry, so they have decided to ban the services in order to try and pressure RIM to divulge user’s activities when needed. So because the various overseers can’t spy on BlackBerry users, they have just decided to ban their services.

I really feel sorry for the people of the UAE. Personally, I hope that RIM puts down their feet and decides not to hand over user data. I don’t know much about the laws in the UAE, so it would be awful if someone was punished due to breaking some strange law.

Update:  It appears that Saudi Arabia doesn't want to be out done by the UAE and will be implementing their own ban on RIM Services.

Posted by Chris Everything at 10:31 AM