Will Killer Croc be in Batman 3? 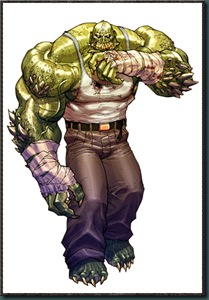 The Movie Blog is reporting that Batman 3 could possibly be shot largely in New Orleans. According to CinemaBlend, there is a deal in the works to have a large portion of the Dark Knight sequel shot in New Orleans due to the tax incentives that New Orleans is offering for film productions.

Now this I know doesn’t mean anything, since if they chose their locations right, they can make New Orleans seem just like any city. But I was just wondering if Christopher Nolan might make the decision to through in Killer Croc as a villain for the third Batman film? Personally, I think it would be kind of cool to see just how Nolan would handle a character like Killer Croc. But alas, if the rumours are true The Riddler may already be on tap as Batman’s next villain, and so Killer Croc may not make a good fit.

Then again, I guess will just have to wait and see.

Posted by Chris Everything at 9:50 AM