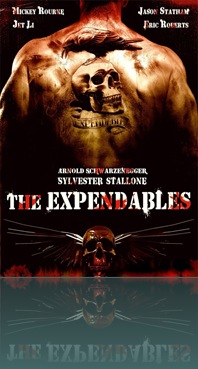 As many of you already know, this past weekend saw the release of “The Expendables”, “Eat, Pray, Love” and “Scott Pilgrim vs. The World”. All of these films were, at least I thought, quite high profile films and thus I assumed that by the end of the weekend it might be kind of close in terms of which film would win this 3 legged race. But clearly things didn’t turn out the way I thought they would.

When the dust finally settled this weekend, The Expendables clearly cemented themselves at the top of the Box Office with an estimated $35 million followed by Eat Pray Love with $23.7 Million. Yes the men have reclaimed the theatre, or so I think. The weird thing about this weekend is that none of the women I know went to see Eat Pray Love, all of them saw The Expendables so maybe us men aren’t quite as victorious.

So what film did you see this weekend?

Posted by Chris Everything at 11:30 AM