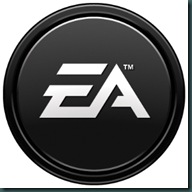 For some of us, paying to play online or to have additional features isn’t much of a big deal these days. After all, over 12 million players of World of Warcraft do it every month and millions more pay to play on services like Xbox Live. But what makes this story different is that gaming companies are setting out to make buyers of used games pay to play.

It all started a few weeks ago when EA announced that they were interested in charging buyers of used games $10 in order to allow them to play online. EA planned to accomplish this by placing a one-time use code in the box of their new games, so that if anyone were to buy the game second hand they would have to pay them $10 in order to get their own online code. Such an idea seems strange, but it does address feelings that many gaming companies have had for years, as they view used game sales as lost revenue since they don’t get a cut of any of the sales of used games. So instead of going after gaming stores and jeopardize their relationship with them, they have opted to go for us the consumer.

What makes this story incredibly disturbing is that other companies are now posed to jump in. Ubisoft is thinking of giving exclusive content to people that buy new, meaning that anyone buying their games used will have a different experience playing their games.

Online EA and Ubisofts plans haven’t been receiving much of a warm welcome. Many see it as it is, as simply a cash grab, but I feel that many people are missing the bigger picture. I believe this is how Ubisoft and EA intend to kill the second hand gaming market. EA and Ubisoft are removing features that are in demand with most gamers, thus making second hand games less appealing to most gamers. Especially, when you look at the added $10 EA is charging, for must gamers it will only make sense to buy new, since the savings will be minimal.

What is really despicable with EA and Ubisoft’s plans is that most consumers outside of the geeks will be unaware of these new changes and will end up buying a second hand game only to realize they will need to pay more to play online or that they are missing some features. I can imagine many parents will end up buying used games for their kids only to find out after the fact what EA and Ubisoft have done.

I really believe that Ubisoft and EA are treading on thin ice and I’m glad I don’t really play their games. And now I’m feeling that I won’t be playing their games in the future. So what do you think?

Posted by Chris Everything at 9:04 PM