Logan Lerman is NOT Spiderman 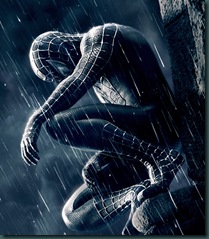 Well that is according to Sony.

Over the past weekend, many sites online were reporting that Logan Lerman was pretty much a lock for the role of Spiderman. So here again we are seeing that predictions or reports of an actor’s involvement in a particular role was inaccurate. You may remember that many sites were stating that Chris Pine was going to be Captain America and it never happened.

I guess that this is simply a consequence of living in the Internet age were people don’t have a lot of lead time to make sure that what they are publishing is indeed accurate. I just hope that some sites cool it down a bit, before we all lose any sense of creditability.

Posted by Chris Everything at 10:52 AM