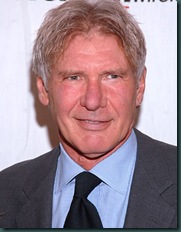 I don’t know about you, but I wasn’t too interested in a Cowboys & Aliens movie. Cowboys and Aliens together in a film sounds like a dumb concept to me, and thus my interest for this film has been close to nonexistent. But with Harrison Ford rumoured to have joined the cast, I can’t help but feel my interest in Cowboys and Aliens increasing.

Why you might ask? It’s not just because he acted in several roles that I grow up and loved. From Han Solo to Indiana Jones, Harrison Ford has been a pretty solid actor over the years and I think a film like Cowboys and Aliens would be a great fit for Harrison Ford, especially if he were to play a Cowboy. It would be a really smart decision if they were to get Harrison Ford. Well that is if the rumours are true.

So what do you think? Is Harrison Ford a good thing for Cowboys and Aliens?

Posted by Chris Everything at 1:59 PM