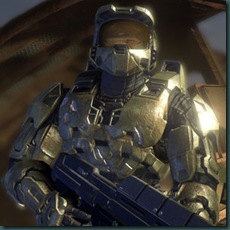 According to Frank O’Connor the Franchise Development Director the idea of a Halo film isn’t quite over. Unfortunately Frank didn’t tell us much else, which leads me to believe that a Halo film could be quite a ways off.

Many of you may remember that in 2006 they almost got a Halo film produced under the direction of Neill Blomkamp and with Peter Jackson as an executive producer. But Microsoft decided to pass on making the film do to the lack of experience that Neill Blomkamp had. Fortunately for us, Neill Blomkamp had some pretty good skills at making films and he ended up delivering an Oscar Nominated film in District 9 in place of Halo.

I have to wonder if Neill Blomkamp would ever consider going back to direct Halo. Unfortunately, for Microsoft he will probably come back at a much higher price then they originally got him for.

Will a Halo film be made? I know there will be one made. The Halo franchise makes way too much money to not have a movie made after it. The only problem is that the guys behind Halo haven’t quite got their act together to do so.

I look forward to posting about any announcements of a Halo film. Hopefully an announcement will be made before I’m an old man.

Posted by Chris Everything at 10:18 AM