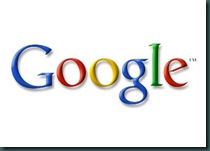 Well at least that’s what I’m calling it.

Gizmodo is reporting that Google has decided to enter the videogame market. Well that is the assumption at least. Google reportedly has recently hired on Mark DeLoura, an ex- SCEA manager of developer relations, which has been viewed as Google’s intention to enter the video gaming industry.

Google deciding to enter the video gaming market is probably a good idea, if done well. Google has been a very hit or miss company over all and has only survived on one product, their search and ad business. Google as a company, must find some diversification or they could be easily be brought down by new comers into the search space. But, I have to wonder if this hiring is more connected with the forthcoming Google Pad that HTC and Google are working on. Or with the supposed war that Google and Apple are happening.

If Google is really trying to enter the video game space, I’m glad to see that Google is trying to gain some kind of diversification, but I have to wonder if this movie is wise. Both Microsoft and Playstation have failed to make profitable businesses out of their Playstation and Xbox lines. Could Google be different? I guess we’ll have to wait and see.

Posted by Chris Everything at 11:29 AM