Joss Whedon to Direct the Avengers. Sign of the Apocalypse 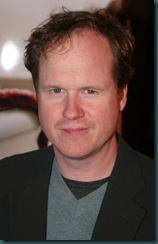 I was certain that it had finally come.

It’s not that I don’t like many of his ideas. I loved Buffy the Vampire Slayer, (well, up to about the 5th season), I loved Angel and The Dollhouse. But I realized that all of these shows have something in common. With the exception of Buffy, the rest of Joss Whedon’s work, including Serenity failed to gain an audience. Angel ended after the 5th season, The Doll House was cancelled after 2 seasons, Firefly was cancelled after a season. Even Serenity didn’t do well at the theatres, only pulling in just over $25 million at the theatre, with a production budget of $39 million.

It’s safe to say Joss Whedon hasn’t had a great track record at attracting audiences. By the way, before I get any complaints I just thought that I would say that Joss’s inability to attract an audience wasn’t necessarily his fault. Much of Joss’s work has reviewed well. I watched much of his work personally and I thought that it was good. It’s simply that people just weren’t interested in his concepts I guess. Then again, in the case of Firefly he wasn’t really given the time to attract an audience.

With an Avengers film we know that there will be an audience. Marvel has been carefully building towards an Avengers film for a few years now, working to establish the characters in their respective films before bringing them together in The Avengers. So the only question is whether or not Joss Whedon is up for producing a film which is on the same level as the expectations of the fans coming into the film. People are going to be looking for a top notch film. Joss will need to hit it out of the park on his first time directing the Avengers. Can Joss do it? I think he can.

Joss Whedon knows how to do characters and plot and all of the fundamental things that a film requires to be good. So it’s just a question of whether or not Joss can step up his game to meet people’s expectations.

So what do you think? Is it over for the Avengers or can Joss pull this off?

Posted by Chris Everything at 11:12 AM