Toy Story 3 to Re-Release this Weekend. 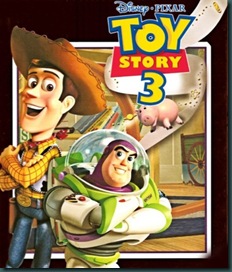 I’m not quite sure what to make of this.

Sure Toy Story 3 was a great film, probably even one of the best films that were released this year and I won’t mind even seeing it again. But I have to wonder about this new trend in Hollywood to re-release films. Is re-releasing a film really a good thing? Certainly many families may decide this weekend to take the opportunity before their kids go back to school to go and see Toy Story 3 again in the theatre.

Although there is a bit of a question as to whether or not families are willing to go and see Toy Story 3 this early after its theatrical run. With Avatar there was a period of months between its re-release and its theatrical run, but some theatres just stopped showing Toy Story 3 and some never stopped.

From a business stand point I can understand film studios wanting to squeeze every dime out of a film, but for use film goers I have to think that it’s not a good trend. After all, every time a film is re-released it takes up valuable theatres for its re-release, meaning that there is another film that doesn’t make it into that theatre, or another film is bumped.

Truth be told, I’m not against re-releases. I enjoyed seeing the Dark Knight re-release last year around January. I just don’t necessarily like the timing of this batch of re-releases and I would hate to see a re-release compete for theatres with new films.

Posted by Chris Everything at 11:52 AM