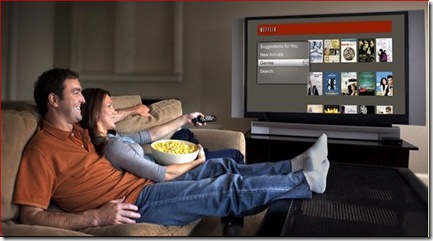 Yesterday, I and many other people got our wish as Netflix made their journey into Canada for the first time. Netflix’s arrival was greeted with much excitement, especially with the help of some local actors in the audience at Netflix’s press conference.

What gets me is why Netflix went so far as to hire actors to pretend to be excited about their new service in Canada and then to even give interviews to the press about how they “felt” about Netflix. I think Steve Swasey, Netflix VP of corporate communications, said it best when he said,

“that a script was handed out to the extras, and that "some people got carried away and it's embarrassing to Netflix.”

And embarrassing it must be.

As for Netflix’s Canadian service, it’s not bad but it’s not good either. Yesterday as I got home from work I quickly signed up for the Netflix service, as it was a no brainer with the first month free offer. After signing up, I decided to try streaming on my Playstation 3, which did work pretty well. The Picture wasn’t bad. Some films looked better than some, and as you played a film would clear up, just like the American service.

But what I didn’t expect was the selection. I’ve been listening to a lot of Podcasts from Twit to Diggnation, were these guys have raved about the selection of videos available on the service. When I took a look through the catalogue for films that I might want to watch, I found that a lot of films are not available. The film names are in the list, but beside them is the message “Not Available”. This was really disappointing. I guess Netflix decided to launch when they had a certain number of films available and then add to the catalogue later.

By now some of you might think I’m being a bit picky with my selection of films so I’ll list off the films that I know aren’t available yet, so you know it’s not me. So here is a list of unavailable films:

There are some big holes in the current Netflix selection. I know that if I had kept searching, I could have found more big films that aren’t on this list.

All in all, I have mix feelings about the service. I like that there are some films that I can watch this month for free, but I’m just wondering how long it will take Netflix to fill in the gaps. Hopefully within the month many of the films on the above list will be available, because Netflix could be a really great service if they can bump up their selection.