Personally I would love to tell you how much fun I had this year at the convention, but the truth is my weekend got a bit messed up, and so, I’m still a bit raw and angry about it. So you may see that coming through as I do this report. Sorry about that. 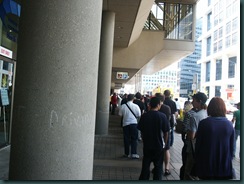 Day One of the convention actually didn’t go to badly although it got off to a late start. On Friday, those that bought a deluxe ticket in advanced were supposed to be allowed to get in at 2pm, 2 hours before the actually event opened to the rest of the people. That unfortunately didn’t happen as I got in around 3:30 pm, which wasn’t bad. In years past, the convention never use to get started on time, and so I was used to having to wait a bit longer than the normal starting time.

Once inside the convention I spent my time walking around to get the lay of the land, as there weren’t any really interesting panels going on that evening. At least there weren’t any panels I was interested in seeing. But one thing I picked up on was the fact that we might have some problems on Saturday with overcrowding, as it was evident that there were congestion issues starting to happen.

Saturday typically is a big convention day as most of the panels and guest are there on Saturday, so I was a bit worried that the convention might get shutdown this year. I took a picture Friday evening of the convention which you can see below. 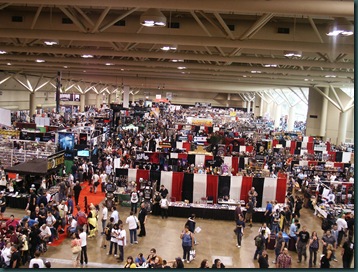 As you can see there were a lot of people already there on Friday evening. 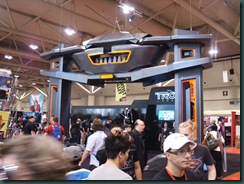 Day Two of the convention started off well enough, but it unfortunately turned for the worse. I arrived at the convention around 11:30 and began to line up for the Tron Legacy preview, which was awesome I might add. The Tron Legacy preview was a bit of a commercial for their upcoming games, as they had one of the producers for the game come down to promote the games. Following the game demos, we had the opportunity to watch a couple of trailers for Tron Legacy and view a scene from the film in 3D. For those interested the scene showed what happens to Sam Flynn when he first enters the Tron universe. It was a quite impressive scene that showed some of the expansiveness of the Tron World. After the clip, they brought out Actor Bruce Boxleitner for an interview and Q&A with the guys from the Space channel’s Inner Space as moderators.

Following the Tron Preview, I headed to the Stan Lee Q & A, which was a very interesting panel, as Stan Lee can be quite a personality. 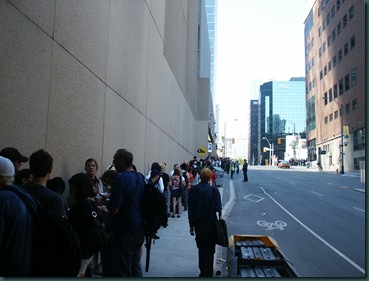 After the Stan Lee Q & A the trouble started. The convention volunteers wanted us to exit the hall since there was a Adam West & Burt Ward panel happening in the same room afterwards and because of this there was already quite a big line waiting to come in. Once outside the hall I realised nothing was moving. This was a bit of a problem as we were on the basement level and had nowhere to go. I started to think to myself that if anyone started to panic this could become a bad place really fast, as there was probably a crowd of around 100 or more people going nowhere all confined in a hallway. I tried to go through into another convention hall when I saw a FanExpo employee came out and he kind of pushed me back. (Which wasn’t really cool.) He was however nice enough to inform me that they weren’t letting anyone go upstairs.

When they finally starting to allow people to leave the basement, I remember looking outside and seeing a bunch of people pressed up against the glass wanting to get in. It looked like something out of a zombie invasion. As I went outside to give my friend his pass which I had bought for him on Friday so that he wouldn’t have to wait in line. As I exited, I was never told what was going on. Apparently the convention had reached capacity and thus they were not letting anyone in. So when I exited I was stuck outside, regardless if I had paid. I ended up waiting outside for about 2-3 hours to get back in. My friend who had a day pass never got in until 5:30pm even though the convention was supposed to close at 7 pm. I missed all of the panels I wanted to see in the afternoon and my friend missed seeing Stan Lee, who he came specifically to see. All in all, we were really disappointed at this year’s convention. The extra hour they announced that the convention was going to be open for did not help us out in the least. 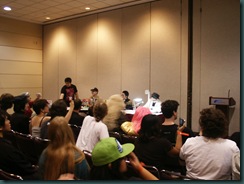 Day 3 was a slow day, as most of the big panels happened on Saturday. I attended the Sendhil Ramamurthy and the Micheal Dorn Q&As as well as the Udon 10 year panel. All in all, it was a nice way to end the convention.

As for whether or not I will return next year to the convention. That all depends on what Hobbystar (the company behind the convention) decides to do about what happened to me Saturday and what changes they decide to make in the future to prevent Saturday from happening again.

Posted by Chris Everything at 12:45 PM