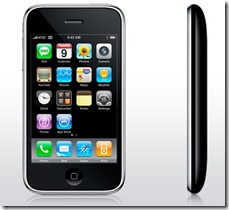 Well that's at lest according to Apple Insider.  In a recent article, Apple Insider  reported on a rumor that due to the public backlash to Roger's rate plans, Apple has decided to divert a "significant amount" of there iPhones over to Europe.  According to the article, each store could have only about 20-30 iPhones at launch here in Canada.

If this is true, it could be good for us the consumer.  If Rogers begins to hurt it might encourage them to offer unlimited data plans, which is what everyone has been asking for.  Well except for me, since I'm not planning on buying one, but I'm sure the people that are buying one will greatly appreciate an unlimited data plan for their iPhone.

Posted by Chris Everything at 11:03 AM