What should be the Price of Piracy? 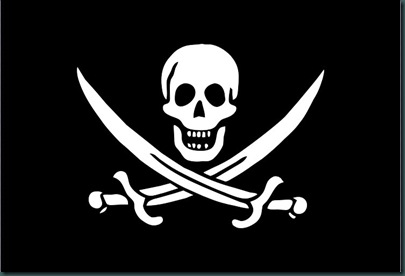 Over at The Movie Blog, John put up an interesting post yesterday  about how it is actually cheaper to kill someone than it is to Pirate songs online.  I thought that his point was interesting although I do believe he does have it a bit wrong since it is actually the distribution of pirated songs that is illegal (at lest here it is).  But the point is still valid. This got me thinking, “what should we pay for Piracy crimes?”

In our Justice system there is a principle that the punishment should fit the crime.  Now this may waver depending on how the crime is viewed by society, as well as, the age of the person committing the crime.  But, in these lawsuits by the RIAA and the MPAA I don’t believe that this has been the case.  In many cases, since they really don’t have evidence for how many downloads take place, they have only need to prove that the files were being shared to strap someone with very large fines for distributing there content.  And by large I mean in the hundreds of thousands, if not millions of dollars for infringement.  Jamie Thomas is just one example of such large fines.

Now, I don’t want anyone to think that I agree with Piracy. Piracy is wrong and should be considered a crime and punished as such.  But I also don’t agree with these massive fines, being levelled against people who have no way of ever paying it.  Two wrongs never make a right and the justice system should reflect this.  That is why,(I believe) that these crimes should have similar consequences to there real life crimes.

If a criminal were to  steal a million dollars in property he would serve probably some jail time and pay a fine for it. The penalty wouldn’t be overly burdensome like the RIAA and MPAA fines, but would be sever enough to stress the point that we don’t want this happening.  But with these large fines how can anyone get out from under it.  I know that the point of these fines is to stress the point for people not to pirate, but it goes a bit to far and has made villains out of the victims of piracy.  So much so that some artist have started speaking out about these RIAA trials  Most notably Moby that recently called for the disbanding of the RIAA.

I do hope something happens. Before more of these trials go to court.

Posted by Chris Everything at 4:02 PM