CNN has just confirmed that Jackson died after suffering from cardiac arrest at his home in LA.  Michael Jackson or the King of Pop (as he is referred to by myself and others) was a real trail blazer with his music and was probably the biggest star of my generation.  I remember growing up listening to his music and trying to dance like him (try not to picture that).

Jackson was also a role model to millions with his work for getting awareness out for various issues.  Jackson’s most famous charitable work was writing and performing “We are the world with an array of artists From Stevie Wonder to Ray Charles and Bruce Springsteen, to raise money for children in Africa.

It is unfortunate that in Michael last years, he was dogged by allegations of Child molestation.  Non of these claims were ever proven in court, but they were enough to sideline his career and his charitable work.  But in the last year he did start work on a new album and he was planning a new concert tour which will unfortunately not happen how.  This is sad news. I real hoped to see him bounce back, but I guess we will never see it.

I thought I would leave you with a video of probably Michael’s  most famous song, Thriller. Rest in Peace Michael. 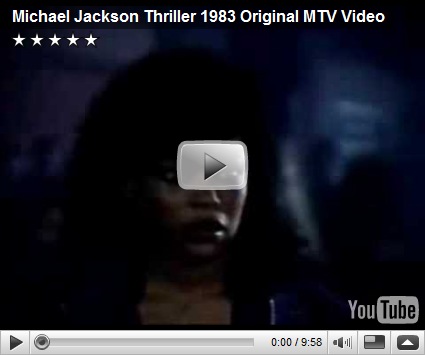 Posted by Chris Everything at 8:45 PM