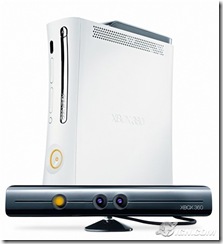 IGN is reporting that Microsoft CEO Steve Ballmer speaking at the Executive Club of Chicago announced Microsoft's plans to ship a new console in the new year.  For weeks there have been rumours going around the internet that Project Natal would in fact not be a peripheral for the Xbox 360 like it was announced at E3, but would be its own system.

Although these rumours may seem weird,  they do have some merit.  Nintendo originally was going to ship the Wii motion controller as a peripheral for the GameCube, but ended up  creating the Wii system since there was a perception issue with the GameCube that they knew they couldn’t overcome.

When asked for comment,  Microsoft responded with this statement.

"As the Xbox team stated at E3 two weeks ago, we are not even halfway through the current console generation lifecycle and believe Xbox 360 will be the entertainment center in the home for long into the next decade. Project Natal will be an important part of this platform, but we have not confirmed a launch date at this time."

So in fact it will not be  a new console,  but they did confirm that Newer Xbox 360’s would be manufactured with some upgraded memory. To read the full story just follow the link to IGN’s post.

Posted by Chris Everything at 12:31 PM